For PowerBuilder WCF client to work it needs .NET 4.0 SDK. But trouble is that this SDK is provided only for Windows 7. And trying to install it on Windows 10 gives an error. The solution I found is to uninstall Microsoft Visual C++ redistributable packages and only then installing SDK for .NET 4.0, then it works.

Here some notes for my reloading stuff. At the moment, I reload 9mmm Luger with Lee Pro 1000 progressive press. Probably I should write a review for this press someday as there is a lot of to say about it because this press is not for fainthearted. Anyway, that will be later, now reloading notes below.

Anyway, I already made and fired over 1000 rounds using this combination with no any issues.

So comparing to brand new you can benefit by 11 Eur per 100 rounds.

Off course I am not counting cost of time, fails and equipment, but hey its a hobby, so it does not count 😉

Some more photos of boxed Clone PI AVR metal detector and self made coil.

Clone PI AVR intself was boxed in a box I bought in local electronics store. I decided to add a switch to switch off external beeper so that sound will be provided only through headphone socket. For the coil connector I have selected some two pin microphone connector. I think in general it came up pretty well.

Will be mounting everything on appropriately bent and painted PVC pipe. Will post pictures later. Some day. Probably.

If you want to zero for 50-200 meters at 10 meters and save some walking just use this ballistic calculator to get bullet drop at 10 meters with your bullet and location data (provide that zero is at 50m).

Then put two dots on target, one on the middle, another below at distance you have calculated for bullet drop for 10 meters.

From 10 meters aim at the upper point and adjust optics so it would hit at lower. Done.

For my location and bullet, I get 3.46 cm bullet drop for 10 meters distance. 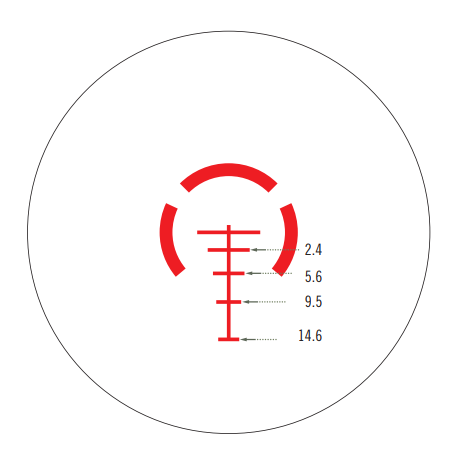 I was wondering how would the values change at different zoom levels and would this calculation work – MoaAtXZoom = MOAat6x*6/Xzoom. Below you can see calculated values in a table:

Vortex has nice ballistics calculator online. So I used it with similar 223 55gr load to calculate bullet drop ( rise ) with 1-meter increment.

Looking at the table You could see that ~3 meters its ~42 moa drop and at Strike Eagle at 2x zoom it is somewhere lowest crosshair.

As I said, values that I got in the test are highly highly approximate and inaccurate but it seems they fall in expected ranges.

Same table from the ballistic calculator with the drop in centimeters:

Found on the internet. Basically, you just stick some piece of cardboard in your slide and by that, you can press trigger all the way down multiple times. You won’t get that “click”, but the trigger will have some forward spring pressure and it that is another way to practice dry fire. Read more below.

Tested this method. It works quite well, you can practice constant trigger pull while focusing on front sight and transitioning to different targets. I think I will include this method in my dry practicing sessions something like 10 minutes using this method, 5 minutes regular dry practice. Will see how it goes.

After some googling found few instructions how to remove stuck drill bit. But after removing drill bit I noticed that chuck itself is not functioning normally anymore. So it had to be replaced also. But after few failed attempts to unscrew the chuck it was clear that I will not be able to do that – its stuck like it was welded. Having no more ideas I took my grinder and decided somehow to cut the chuck out.

After the first attempt, I could remove most of the chuck parts, but still not able to remove chuck itself.

The second attempt – removed almost all of drill chuck, still no luck to unscrew it.

So decided to disassemble drill itself and see maybe I will get any ideas or better grip.

Removed shaft with the whats left of the chuck and gear.

After some more not so accurate cutting with a grinder and few hits with the metal punch finally I was able to unscrew the chuck from the drill.

Noticed that while cutting I have damaged threads of the shaft, but us chuck was unscrewing nicely I hope it will be no problem to screw in the new drill chuck.

Now the tricky part of assembling the Skil drill back into its original shape. Before putting the shaft back you have to insert small springy metal that pushes “lock” button. I was tricky to figure this out as when tearing apart this spring fell out and I had to think where it was originally by myself.

Another photo so you could better see where this spring has to be seated.

Then you put the shaft back. 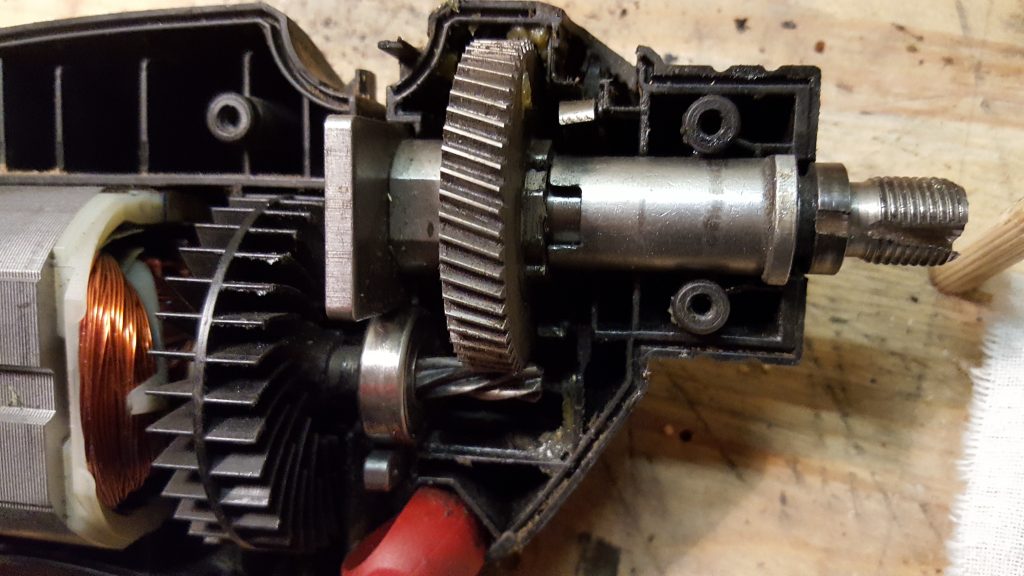 Insert hammer/drill switch and “lock” button into their places.

And basically that`s it, you can put the cover back. Here, after a full inspection of the drill and checking that all functions work, I am measuring shaft diameter and length, just in case, as I’m now shopping for the new drill chuck for my Skil drill and hope that it will serve me few more years.

Update. After visiting hardware store I found out that chucks differ in thread type, so had to come back next day with the drill itself to test it.

Problem:
Problem is in system locale on Windows 10.
In Windows 10 Microsoft changed date time formats for some regions:
Finnish, Norwegian Bokmål (“Norway” and “Svalbard and Jan Mayen” variants), Serbian (variants “Cyrillic, Kosovo”, “Latin, Montenegro”, “Latin, Serbia” and “Latin, Kosovo”).
It was internally changed so that it has now the same separator in date and time parts.
For example, previously format was “01.01.2001 11:01” now is “01.01.2001 11.01”.
It is so even if in regional settings user sets “:” as time separator.
It was reported in other systems that on Windows 10 DateTime.Parse(DateTime.Now.ToString()) no longer works correctly for described regions.
More info: http://www.heikniemi.net/hardcoded/2015/08/windows-10-breaks-net-date-parsing-in-certain-locales/
Solution.
As in my case system locale for users cannot be changed to any other and it is unknown if and when MS will release any fix, solution in PB should be found.
My proposal would be:
Create function DATE in for example w_sheet window so all other windows inherit it.
public function date date (string astr_string);
n_cst_datetime dtm
return dtm.of_getdate(astr_string)
end function
Create helper function of_getdate in pfc_n_cst_datetime:
public function date of_getdate (string astr_date);
return Date(DateTime(astr_date))
end function
So, whenever Date( data ) is called in itemchanged (or other) event, our function would be used instead and it would return correct converted date.